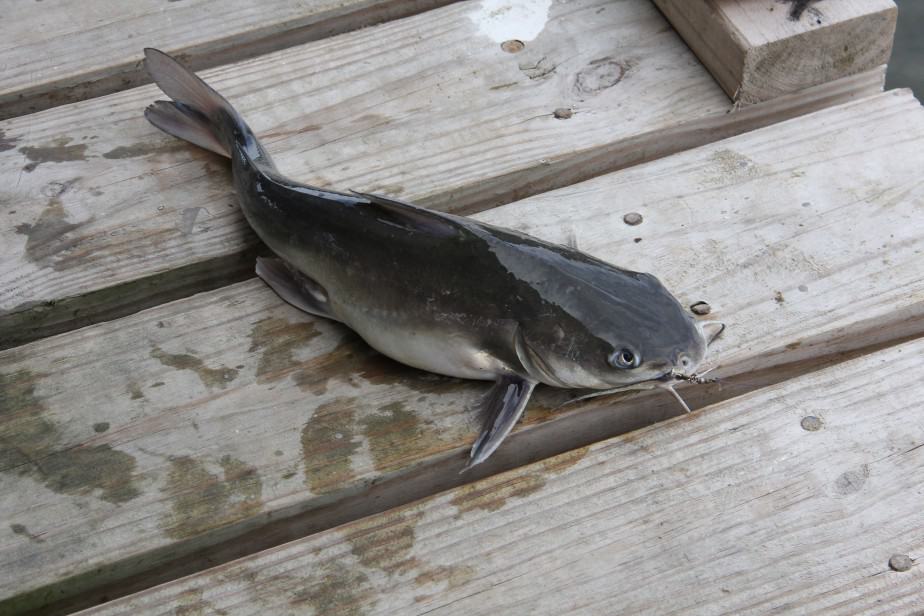 Catfish is an amazing game fish to target. Their tendency to fight when hooked makes them fun to catch. Cats are unique in several ways, including their appearance, their food preference, and their behavior. Sometimes, catfish can be spotted on the surface of the water body, and this often spike angler’s curiosity. If this angler is you, you’re about to find out why.

You might spot a catfish on the surface during the spawning season, when the oxygen levels drop, or on a rare occasions, when they are feeding, which happens during the late night or early mornings.

Most fish don’t appear on the water surface due to predators. It is one of the best ways to avoid being eaten by a predator or caught by a human. However, cats come to the surface sometimes for essential reasons. As expected, such bravery by catfish puts a huge target on their back. Below is some valuable information every catfish enthusiast should know.

Learn more about reels with baitclicker specially designed for Catfish.

Why Do Catfish Come To The Surface?

People get surprised when they spot certain fishes on the surface. A catfish seen on the surface can be a rare and surprising sight for some people, probably because they are supposed to be underneath the water and not on the surface. Fishes like sharks, dolphins, and the likes are seen close to the surface quite often but certainly not catfish. So what gives this fish the boldness to swim up to the surface? Well, there are about four reasons.

Learn more about the reasons catfish are attracted to soap.

Do Catfish Feed On the Surface?

If you harbor a dream of becoming a catfishing pro, you must know a catfish inside out. Knowing a catfish is key to predicting their moves, including the reasons behind them. You must know their feeding pattern, habitat, favorite bait, lure, reels, rods, and the likes. Some catfish species are bottom dwellers; they spend most of the time in the bottom of a river, pond, or ocean and seldom feed on the surface. However, since catfish are seen close to the surface sometimes, some curious anglers want to know if one of the reasons they come up is to feed.

Of course, catfish feeds on the surface. If a catfish spots an insect or any attractive meal on the surface, they will not hesitate to get up there and feed. When the catfish is done feeding, it’ll return to its unusual abode and await another opportunity.

Catfish love their meal regardless of where they are stationed. So, if a catfish spots a shrimp, a small bird, snail on the surface, they will go for it even if it makes them prone to attacks. Some anglers out there have spotted cats feeding on the surface, and they often describe the moment as amazing. If you are patient enough, you can experience this moment too. Simply locate an area with a considerate amount of catfish, then go ahead and toss an insect such as the mayfly, hellgrammite, and giant grasshoppers. If you are patient enough, you’ll soon see the cats come to the surface to feast on the insect.

Learn more about the reasons catfish might sting you.

When Do Catfish Swim to the Surface?

Most catfish species are bottom dwellers; this means that they are likely to spend a huge chunk of their time beneath the water rather than above the water surface. Seeing a catfish above the water surface is a glorious sight for some angler (novice anglers, especially) as you don’t often see such fishes on water surfaces. However, the fact remains that cats do come to the surface, but not everyone knows when they do.

Cats swim to the water surface when the need arises. As a fish that is quite a food at hiding, cats are aware of the dangers of swimming to the surface and will only do so for important reasons like those mentioned above. A catfish on the water surface is a sight to behold, probably because it’s not a frequent occurrence. At night, some species of catfish swim to the surface in search of their daily bread.

Catfish are one of the most caught fishes in the planet. They offer anglers the thrills and spills need to enjoy a fishing trip. And when caught and cooked, in the right way, of course, they taste GREAT.

Like most fishes, catfish spend most of their time underneath the water. However, they often don’t rule out the possibility of coming to the surface to search for their daily bread, gulp some fresh oxygen, or to lay some eggs.

If you own an aquarium, the reasons why catfish come up may be different. So, when you notice that your catfish has the habit of coming up frequently, ensure you pay close attention. Check the water; if it’s dirty, change it. Also, check if there are dead fish in the water; if there is, remove it and change 1/3 of the water.