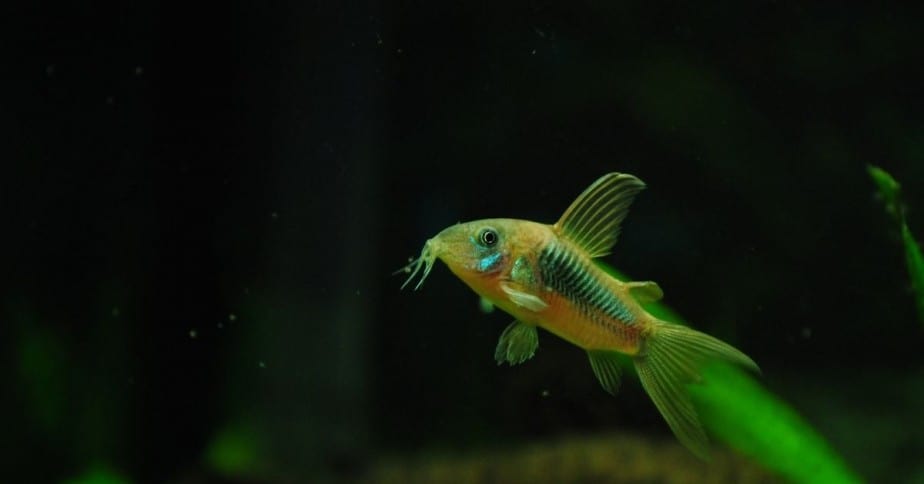 Fishes are widely recognized by several features, and their scales is one of them. It is hard to explain to an average individual that there are fishes (like the catfish) without scales because they believe that a fish’s scale is its trademark. Saying there is a fish without a scale is just like saying there are birds without feathers. Is that even possible? Well, I don’t think so. However, when it comes to fishes without scales, there exist some like the catfish. So, rather than proving that catfish don’t have scales (which is true), the important question to ask is why they have none.

There is no specific reason why a catfish has no scales. Unlike other fishes, a catfish has naked skin simply because it evolved differently. Their leathery skin took the place of scales.

Studying a catfish closely, you will understand that this fish species is a little bit different from other fishes you know. They can alter their color, make weird noises, have no scales, eat each other, and the list goes on. Having been fully aware that a catfish has no scales, I bet you are eager to dig up more information regarding this sight abnormality in a these species.

Learn more about the reasons why catfish might eat each other.

Why do Catfish Have no Scales?

Before now, can you imagine seeing a fish without scales? Well, for a pro angler, that is, those who are conversant with fishes and their various species, this shouldn’t be surprising. However, for those who know little about fishing, this would definitely come as a surprise for you, especially if you fall among those who see scales as fishes’ trademark.

A catfish doesn’t seem to have those jagged skins most fish possess; rather, they have something that appears like leather. As a curious reader, I bet you are keen on understanding the reassons behind that. However, I must warn you that the reason is quite basic and not one of those lengthy science-backed explanations that you might have to read twice to understand.

These species have evolved differently than other fishes. Simply put, it is because they came to the world that way, just as we humans came to the world with a pair of eyes. Some catfish possess bony plates known as scutes, which is a form of body armor that appears in several ways within the order. Aside from the cats, fishes like sharks, clingfish, and others, have no scales, and I guess the reason is the same as that of the cats.

Do Channel Cats Have Scales?

By now, I bet you may be wondering, “are all species of catfish without scales?’ I mean, it just can’t be true that the entire species are without scales. Scales are beneficial to all fishes as they help protect them from predators, and they also help reduce water resistance. So, does this mean there are no species of cats with scales? Even the famous channel catfish?

The channel cats, like every other catfish, have no scales. This popular specie, which has a body that is cylindrical in cross-section, has no scales because they evolved differently from other fishes. Rather than scales, a channel cats body is equipped with leathery skin, making them slippery sometimes.

While most fish species have scales, the body of the channel cat is naked; that is, it has no scales. Since scales make the skin of fishes tougher, the absences of scale in a catfish make it prone to predators’ attacks. The scale of a fish also helps protect it from injuries and parasites. While a channel catfish’s skin has no scale, there are some catfish species out there that have armor-like skin that is alleged to be rough enough to be used as sandpaper.

Learn more about the reasons catfish prefer to live in holes.

Do any Catfish Have Scales?

An individual who has shallow knowledge about the catfish would find it hard to believe that a catfish has no scales. You know, when you see a fish, one of the things that catch your eyes is the scales. Because most fishes you have seen feature scales, it has been ingrained in your subconscious that all fishes have scales. This is not true, thanks to the catfish and some other species of fish. So does this mean there is no catfish with scales?

Of all the 39 species of catfish that exist on this planet, there is none with scales. Catfish evolved differently, and being scaleless was the result. However, there are some catfish species with armor-like skin, while there are others with leathery skin. In all, there are none with scales.

A catfish may not have scales to safeguard itself from predators; however, it has fins that can cause some discomfort. Without scales, a catfish still remains one of the most aggressive fishes out there. If you are a novice angler who is a catfishing enthusiast, always have it in mind that a catfish is without scales. This, among other features of a catfish, will help you recognize them anywhere and anytime.

Catfishes have featured most fishes lack, and at the same time, they lack some features other fishes have. A catfish’s skin, along with its barbels, is some of a catfish’s distinctive features. So even if you don’t see a catfish completely, by merely seeing its barbels and scaleless skin, you should be able to determine that it is a catfish.

The fact that a catfish doesn’t have scales makes it different from the other fishes. Maybe they once had scales several centuries ago but disappeared as they underwent evolution. One cannot be certain anyways, but we know for sure that there are no cats with scales anywhere in the world. So, for now, we can only imagine how it would look like if it had scales.