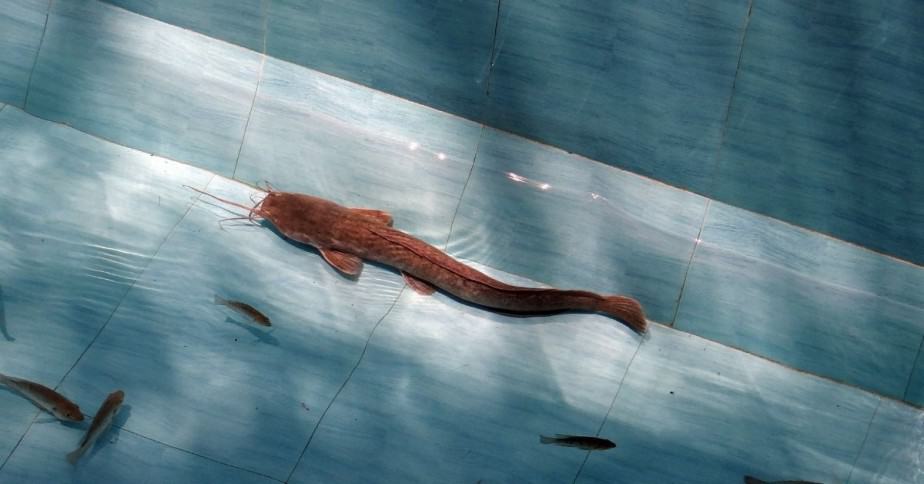 Catfish are notorious for putting up a heck of a fight when being hooked. They are also one of the most popular game fish on the planet. There are several unique features about cats which makes them even more popular and sought-after. Not every fish has cat-like whiskers, you know! If you are a catfish fanatic and you hunt for them constantly, there is a huge probability that you have been stung by one. If you have, then I bet one of the questions you’ve asked yourself is “Why do they sting?”

Catfish fish sting with sharp-pointed spines located on their dorsal and pectoral fins when defending themselves. A catfish would not automatically sting you unless you touch these spines. The spines on a catfish’s body contain a venom that can lead to edema and a hemolytic if they puncture your skin.

It is safe to say that the spines located on the pectoral and dorsal fins of a catfish are for protection reasons. These spines are the ideal defense when under attack by predators. Funny enough, to ensure that they aren’t threatened, cats warn predators of their defensive mechanism by making the weird and common croak sound. Let’s take a closer look at what catfish really sting.

Why do Catfish Sting?

A catfish is adorable not because they croak like frogs, nor because they possess cat-like whiskers, but because they taste great! However, as great as this fish taste and as amazing they are, cats are not really easy to catch. This means that, as a novice, or even a pro, you might get one or two stings from a cat when trying to hold them. The stings aren’t extremely painful neither are they lethal, but they can be quite discomforting, especially when not treated immediately.

Catfish like some fishes out there, boast of some defense mechanism. For instance, the scorpionfish, lionfish, and the stonefish all have poisons embedded in each of their pectoral fins. The same goes for catfish. Though that of the catfish isn’t as lethal as the fishes mentioned above

Catfish sting is an act of self-defense. They don’t propel their spines (defense mechanism), so you will only get stung when you try to hold them without caution. Their spines are sharp enough to sting you, and they are venom-laden but not lethal. However, if not well attended to they can lead to serious infection.

Learn more about the reasons catfish are slimy.

How do Catfish Sting?

The sting of a catfish can sometimes be likened to those stingrays. A little contact with this fish can result in an injury that you may find hard to forget. Of course, a catfish may look innocent and harmless; however, their spines can do harm when you hold the fish in the wrong way. If you have been stung by a catfish, I bet you want to how they do this.

Catfish naturally sting when you lay your hands on their spines. The spines which are located in the pectoral and dorsal fins of a cat are responsible for stinging. A catfish will need to have body contact with a person or a predator for a stinging action to occur. This simply means that a catfish will likely sting you when you grab the areas where these fins are located.

It’s a good thing that a catfish’s spine isn’t as dangerous as the quills of a porcupine. If that was the case, then I bet catching this fish will be a whole lot difficult than it is now. To ensure that your hand doesn’t taste the tip of these spines, learn how to hold a catfish the right way.

When do Catfish Sting you?

One of the downsides of trying to capture a catfish is the probability of being stung. No one loves being stung, for any reason. However, if you must catch catfish regularly, you will at one point be stung even if you are a pro. Novice anglers who are eager to avoid this often want to know when cats stings.

The spine of a catfish is its primary defense so be rest assured that it will be happy to use it whenever threatened. A catfish doesn’t have control regarding the use of its spine; however, it remains effective.

Do Catfish have Venom?

Several anglers (novice especially) ask lots of questions regarding catfish. Some want to know why a catfish croaks. Others want to know if the whiskers of a catfish actually sting. The cautious ones, on the other hand, wants to know if a catfish has venom.

A catfish has venom but it isn’t as lethal as the one found in some venomous animals and insects like snakes, spiders, scorpions, and the likes. The venom gland of a cat is located next to sharp, bony spines on the border of the pectoral and dorsal fins. These spines are activated when the fish is threatened. When you get stung by the spine of a catfish, the membrane around the venom gland cells opens letting in the venom into the wound.

I don’t think there has been any case where the venom of a catfish resulted in the instant death of a person. However, a situation whereby the sting of a cat results in the decapitation of the victim’s hand is possible. Don’t take any chances—exercise caution when holding this fish.

If you are a catfishing enthusiast, then the chances are that you might end up getting stung or finned by a catfish. Remember, the whiskers of a catfish are not what you should be worried about. Instead, shift your focus on the fins. If you hold your catch appropriately, you won’t be finned. However, if you don’t reverse is the case.

When you get stung by a catfish, get an antiseptic (hydrogen peroxide) and immediately clean the wound. Afterwards, cover the wound with a neat dressing. This is a simple first aid. You can also quell the stinging with the belly slime treatment. Though old, this tactic works. Simply rub the wound on the belly of a catfish; it will stop the stinging pronto.

If you aren’t confident with the methods mentioned above, you can go ahead and visit a doctor. However, be rest assured that the doctor will likely perform the first step listed above (clean the wound and apply a clean dressing). So why waste your time and money?