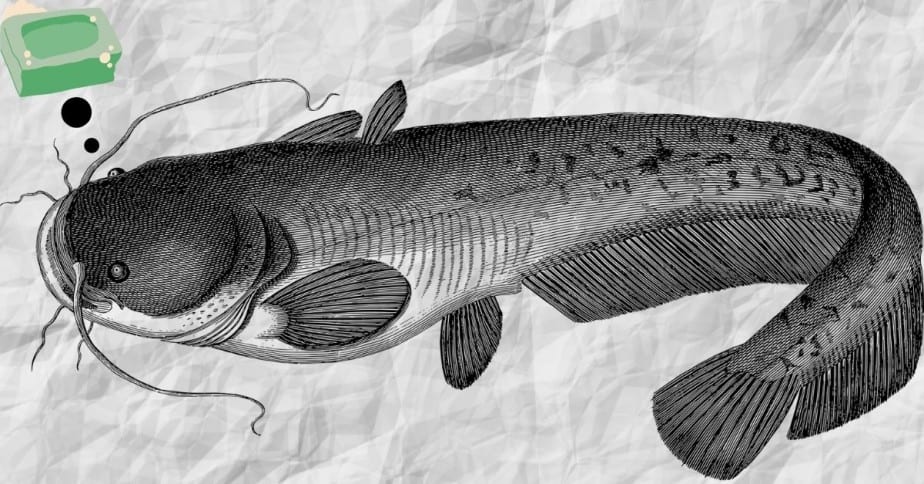 If you were given a test to list some of the unique fishes in the world and you somehow skip the catfish, you have failed. Catfish are unique in several ways and weird, of course. We shouldn’t forget the fact that they taste great too. One unique feature about cats is their love for soap. Yeah, you heard that right. Catfish love soap, and you are about to find out why.

Catfish love soap because of the smell it gives. They have a strong sense of smell and will go after a soap as it would go after a stink bait. Soaps like homemade lye soap, which contains beef tallow or lard, are cats favorite. The ingredient used to produce the lye soap contains proteins that are quite attractive to catfish.

Cats love so many things, and as funny as it seems, soap is one of them. Of course, it’s weird, but if you take a closer look at the ivory soap (cats’ favorite soap), then I bet you wouldn’t be surprised. You see, aside from soaps, catfish like other weird things, and you’ll be finding them out soon.

It would take a whole lot of convincing to make someone believe that cats love soap. I don’t think we know of any animal that loves soap. Even our dogs are quite aware that soap is not something you should like. However, dogs and catfish are quite different, so it’s a little bit understandable.

Cats are not good with their eyes. When you look at them, you can easily spot a tiny hole that we call their eyes. However, cats rely on their sense of smell more than they rely on their eyes. So, when they encounter something with a strong smell like soap (the ivory soap especially), their sense of smell is triggered, and you often find them trying to have a bite. You really can’t blame them. Some soaps smell so lovely that we feel tempted to take a bite.

Most anglers make use of certain soap as bait. They cut the soap in pieces and throw them in a current, so the strong smell will help lure catfish. Remember, not all soaps have the potential to attract cats. The ivory soap is quite effective because it contains ingredients like beef tallow or lard, all of which are attractive to catfish.

How to Make Catfish Soap Bait?

Over the years, soaps like ivory soap have been used to lure cats. In fact, it is safe to say that Ivory soap is one of the best and cheapest catfish bait. However, not everyone knows what ivory soap is, and those who do have no clue how to make one. Ivory soap, which is an effective catfish soap bait, can be made with some simple steps.

To make a catfish soap bait, which in this case is the common ivory soap, you’ll need the following:

Warning: Lye is caustic and should be handled with precaution.

Pour the lye into the water (not the other way round) and stir to dissolve. Ensure that there are no splashes or spills. Let the lye and water cool, then melt the animal fat in a stovetop-safe container.

After melting the fat, let it cool to 90 degrees F. Don’t let it start solidifying. While you stir the fat with a wooden spoon (don’t use a metal spoon), slowly mix the lye and water composition. Instantly the mixture will start developing into a solid-state.  Continue stirring until the entire lye and water have been included, and the whole mixture is as thick as a puddle. You can include ingredients to improve your fishing experience.

Some typical ingredients to include are:

The stirring process may take as long as an hour. After it is done, pour the mixture into a container (not a metal container), so it can form.

Learn more about the reasons catfish can sting you.

Catfish like so many things. I bet there are some weird things cats like that we are yet to discover. Who would have thought catfish love soap? In fact, it is alleged that catfish love fruit. But, is this true?

Catfish have a great appetite for certain fruits like mulberries, persimmons, including other fruits. Some anglers, who know this, use fruits as baits for catfish. Domestic fruits are also effective. Grapes, muscadines, and raisins can be used to lure catfish as they love them.

If you are looking for one of the most easily available and cheapest baits for catfish, your best pick are the fruits I mentioned above. If you can lay your hands on fruits with a pleasant scent, you can use it for enhanced success.

Most anglers have shallow knowledge of one of the most sought-after fishes on the planet – the catfish. To be successful at catfishing, you must know all that a catfish likes. Knowing a catfish food preference will make it easy to improvise under challenging circumstances. Catfish are alleged to like garlic; however, do you think they do?

Catfish like garlic because of its scent. This fruit stimulates catfish and can be a potent bait when used alongside a highly scented bait like nightcrawlers or baitfish. However, not all catfish species are attracted to garlic as there exist different types of catfish, and some have different tastes.

You can also enhance the scent of garlic by merging it with a hotdog or chicken liver. This mixture gives off a strong smell that attracts cats and forces them to bite hard and longer. Remember, cats have a strong sense of smell that they majorly rely on when searching for food.

Catfish can be lured using several baits; some we know of and others we don’t know. Aside from fruits and a few types of soaps, cats can also be lured using other baits, which you may find weird. One of these baits is anise oil.

Catfish like anise, especially when it is in its oil form. Anise oil has a strong smell, thus, making it an effective attractant for catfish. This oil requires no mixing, stirring, or gagging, and it smells like licorice. It is also believed that anise oil smells like mullet, a common catfish prey.

Anise oil is good for luring all sorts of fishes. Anglers smear their lure with this essential oil to attract cats. Besides, catfish love the taste of anise, which convinces it to hold onto the lure longer after biting.

Cats are sometimes easy to capture due to their broad food preference. It merely means that catfish aren’t picky eaters like some other fishes. If it has a strong smell, there is a huge likelihood that it would attract cats. For instance, bread has a great scent; however, do you think cats like bread?

Catfish like bread because they have a strong smell. To further enhance the scent of this unusual bait, you can smear them in anise oil or vanilla. However, plain old bread is still very effective. Sometimes, anglers use “dough balls” (which are rolled up bread) to lure cats.

Humans love bread, so we really can’t blame cats for loving them too. Besides bread, cats love spam, booze, chicken skin, canned dog food, French fries, spoiled shrimp, and even green apple bubble gum. They generally love anything that has a strong scent, and bread ticks all the boxes.