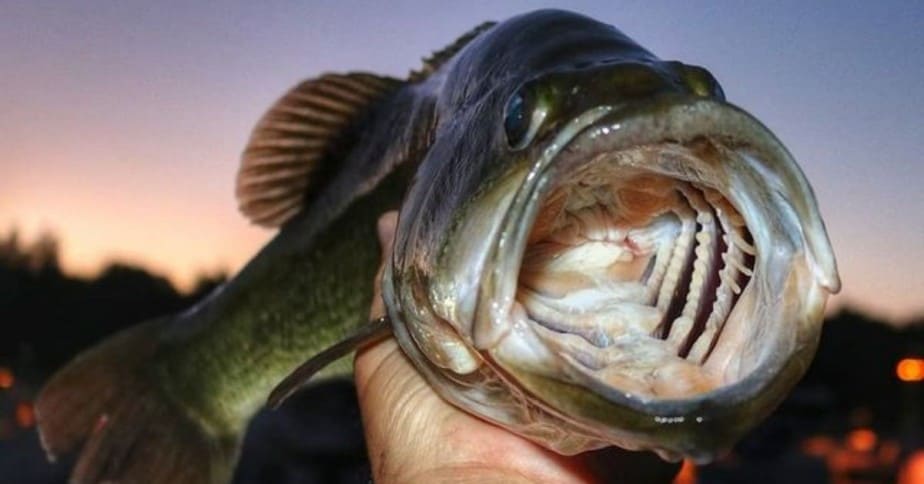 Just like humans, some fishes out there are home to several parasites. These parasites, which are mainly worms, usually find their way into the fish’s system via the food they eat. One typical example of a fish that houses a parasite is the bass fish. This fish is a common host of the typical tapeworm, and in this article, we are on a mission to find out why this particular fish has turned out to be a cosy home for this parasite.

A bass is a common host of worms because it consumes several copepods which are known to contain a vast number of the little form of this parasite. The parasites are activated after ingestion. Afterwards, they pierce the intestine of the fish and escape to the body cavity.

You may find this a little surprising because fishes, unlike animals and humans, are not a common host of parasites (so you thought). Well, the truth remains that most aquatic animals have several parasites in them. These parasites usually find their way in via several channels, one of which is the food they eat. For the bass, it is the copepods, while for other fishes it could be something different. As we progress, we’ll be answering some cogent questions regarding why this fish has a parasite in it, whether it is safe to consume a fish with this parasite, and a host of other important, intriguing questions.

Why do Bass Get Worms?

If you have encountered a parasite in a fish, I’m quite sure that you’ll be intrigued to know why such a fish has a parasite in it. You see, it’s not magic; neither is it an unexplainable theory. Taking bass, for instance, this fish harbors parasites that can be linked to the food they eat. When this fish consumes an organism that contains parasites, they automatically become a host.

These parasites, which are mostly tapeworms, get into the bass at an early stage. In the intestine of this fish, they mature and find a way to escape their current location. After leaving the intestine, the parasites find their way to the body cavity. The presence of these parasites doesn’t affect the fish; however, this is dependent on the type of parasite and their numbers.

One of the best ways to know if a certain bass is a home to a parasite is to observe it carefully. You don’t have to gut the fish, simply take a look at its body. If you notice the presence of worms, there is a huge chance that they are likewise present in the fish. The ideal ways to reduce the spread of these parasites is to avoid transferring these fishes from one water body to another without DNR go-ahead. You should also ensure that you don’t dump unused or uneaten parts of a fish in the ocean, lake or any water body.

Learn more about the reasons why bass fishing is so popular.

Is it Normal For Fish to Have Worms?

For instance, if a friend walked up to you and informed you that he or she has a worm infection, how would you react? Would you see it as a normal thing or would you discard his or her claim as a joke probably because it is impossible? I guess that you’ll believe this friend of yours because it is normal to have such an infection. In fact, it is one of the reasons why we are advised to deworm ourselves regularly. However, if a friend informs you that his pet fish has this rope-like organism in its system, would you believe? Do you think it’s normal?

The presence of worms in fishes is totally normal. It is as normal as humans having these parasites in them. In fact, parasites are very common in fishes like it is common to find insects in fruits. They usually find their way into these fishes via the food they consume.

It is very normal for fishes to harbor parasites. Several animals, both aquatic, terrestrial and aerial animals are homes to several parasites. Sometimes, these parasites are not really harmful. They are simply there as guests and not like some rampaging evil assassin determined to wreak havoc from within. Mind you; there are also some nefarious parasites whose job is to consume its host from within. So don’t have the mindset that all parasites are angels.

Learn more about the best time of the day to fish for bass – seasons, tips and more.

Is it OK to Eat Bass With Worms?

As earlier mentioned, bass is home to several worms, generally known as parasites. Most times, these parasites don’t pose any health risk to the fish. They simply depend on them for survival without killing them, of course. Since this fish houses a huge chunk of parasites, which could be harmful to man, do you think it’s safe to eat such fish? I bet you’ve at some point while reading this article asked yourself that important question. If you haven’t, I’m sure you’ll be interested to know the answer.

There is no harm if you’ll eat bass with worms. However, you must cook it thoroughly to ensure that you aren’t caught unawares. In fact, it’s not hygienic even if it is proven that these parasites aren’t harmful to one’s health. So, ensure you clean and cook the fish appropriately before eating as you wouldn’t want to be a new host.

The best way to avoid being a new host is to ensure that you don’t eat this fish raw. In fact, you shouldn’t eat any fish raw. You must clean and cook it properly to kill all the germs and parasites before eating. Remember, even if these parasites aren’t harmful to your health, having a lot of them in you could result in health complications that would leave you running helter-skelter and spending money you ought to be saving.

Learn more about the best bass rods for the money recomended by PRO anglers!

If you are an imaginary reader like most people, you would have tried to imagine how these parasites find their way into a bass, and how they look like. Do they have horns? Are they like the normal worms you see on the soil while preparing your garden? Are they scary? Do they have scales like a fish? Do they have eyes? Do they have fangs or suckers? Do they have legs? All these may be swimming in your mind as you try to create the perfect picture or imagination of these parasites. However, the truth remains that these parasites are not special. It’s not like they can disappear or they have some alien-like appearance. In fact, you may have come across them.

The worms in bass fish are coiled, long and flat. They usually attach themselves to the fish’s digestive tract or abdomen after which they move to the body cavity when they mature. These parasites are most times found in their vast numbers curled like a ball. However, you can find one segregated like a first timer in a high school.

Individuals who are yet to see a parasite often create mental pictures of them using information gathered on the creature. Some imagine them as vicious creatures with lots of fangs and evil intentions while others imagine them as the usual rope-like creature we encounter whenever it rains or when we dig up the soil. Regardless of how you chose to imagine them, I am quite sure that when you see one, you’ll know. And thanks to the explicit description above, you don’t have to go astray with your imagination.

Humans, animals, plants, and what have you are home to several guests; otherwise known as parasites. Some parasites are not harmful to their host while others are. Bass, for instance, contain parasites that are not harmful to their health. These parasites live in the fish’s body without causing harm. They get into the system of the fish via the meal consumed by the fish. To ensure that fishes that contain parasites are safe to eat, always clean and cook them well before eating.