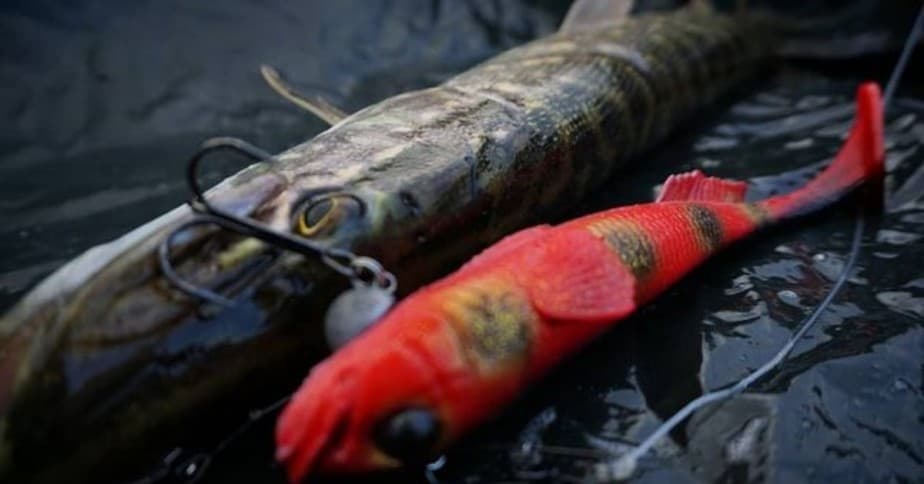 Pike is a unique fish that every angler would love to encounter. The experience of catching this fish is enough to excite a professional angler and send chills down the spine of a novice. Pikes are a popular ambush predator that eat about anything that isn’t too big for their mouth. They are often present in spring, summer, fall, and winter, so be sure to get your gear ready during each season.

With that in mind, you should also note that fishing techniques vary for each season. For instance, during fall, when the temperature is often cool, you will need to re-strategize and equip yourself with the appropriate tackle. Here is something that would help you fish for pike during fall.

Pike fishing in fall comes with a different technique entirely. The fishes here are quite big plus they love to hide within weed and roam the shallows. To capture pike doing this period, you’ll have to learn how to fish the edges. Leverage a quality fish finder to locate baitfish and pike.

Since these fish species are quite popular in the fishing realm, I am certain that you might have heard several tales about this fish. Somewhere, you would have probably heard that the pike is a very easy fish to catch because of its huge appetite. Of course, the huge appetite of this fish makes it easy to capture. However, I don’t think the “easy” in that context is the same as “a walk in the park.” So don’t think you could go out during fall, unprepared, and bag a huge pike, just like that. It doesn’t happen that way. You need to be ready, and one way to do that is by learning how to pike fish during fall.

You can check this article I wrote about 4 best rods for pike fishing which are very reliable, affordable and suitable even for a novice.

Pike Fishing In The Fall

Pikes are ardent lovers of cold water. With that said, you don’t need a prophet to tell you that the fall and winter season are the best time to catch this fish. In fact, big pikes often rare their alligator-like heads during these seasons. This simply means that, if luck shines on you, you could end up catching and taking a memorable picture with a world record pike. I’m quite sure you’ll love the experience! However, you will need to equip your mind with the right information before you think of fishing regardless of the season.

So, let’s say you want to fish for pike during the fall season. What do you do?? Do you grab your gear and head out without proper preparations? Or do you go to that favorite spot of your and expect the usual magic to happen?

You see, the truth is, this fish act differently in each season. Some seasons they migrate to shallow water, and some seasons they go deep. Some seasons, you may find these fishes hiding in between covers while some seasons they may ditch hiding and come out in the open. So, if you are an angler and you don’t know this, you may end up wasting your precious time and return home frustrated. To prevent that from occuring, here is a little summary of what fishing for pike in the fall looks like.

To catch this fish during fall, you first need to know where they are holed up. During the fall, pikes are known to seek shelter in edges. They usually take refuge in vegetation, rocks openings, and open lanes on flats. Knowing these locations isn’t enough. You also need to know how to fish in them. In other words, you need to know how to fish in edges. Also, you’ll need to pinpoint their feeding locations and their travel lanes. And the best way to do that is with the help of a fish finder.

In this article I have done a full research in order to find the best 4 reels for pike fishing.

Is Pike Fishing Good In The Fall?

During fall some anglers often give up on pike fishing. You see them clean their tackles, including their boats, and wait for the fall season to pass. They probably believe that the fall season isn’t the perfect time to catch this fish. Or maybe they are scared of the cold or the likelihood of going out to fish and coming back with nothing. Well, if you are among those anglers; here is what you need to know.

Fall is one of the perfect seasons to fish for pikes. In fact, it might interest you to know that pikes like the cold. So you have a huge chance of catching pikes, big ones for that matter, during cold seasons like fall and winter.

Those who curse their luck and complain of how hard pike fishing during winter are either ignorant or lack the right skills needed to catch this fish during fall. It is said that pikes can be caught in any season, be it spring, summer, fall, or winter. All you need to do is know where to look, their behavior patterns in each season and the appropriate tackle to use. Once you know all that, catching this fish during fall should be one of your favorite hobbies.

Do Pikes Eat In Fall?

Fall indicates the transition from summer to winter. This season is characterized by shorter daylight and cooler temperature. During this season, pikes are usually active, contrary to what most ignorant anglers think. However, their preys aren’t always very active due to the water temperature. And as a professional angler, you should know that one of the easiest ways to catch this fish is by finding out where their prey is. If you find their prey, there is a huge possibility that one or two pikes are lurking around. Since pike’s prey doesn’t enjoy the fall season, does this mean pike don’t eat in fall?

Pike is a well-known predator and a fish with a massive appetite. These fishes will always fill their stomach regardless of the season. During fall when the water temperature is a little low, they’ll often ambush their prey late in the afternoon when the temperature increases.

The truth an out pikes is that they are gluttons; one of the worst fish gluttons you’ll ever come across. These fish species will devour whatever their mouth can contain. So, saying a fish will go on hunger strike during fall is like saying a lion will not eat because it’s a little sunny. Provided prey are available; a pike will always feed. The only time these fish don’t feed much is during spawning. During this period, female pikes are charged with protecting her eggs, thus, limiting her feeding habit.

Do Pike Bite In Cold Water?

During cold seasons, things are usually boring on the land. Chimneys spring back to life. The road is filled with snow. People don heavy coat and jacket to safeguard their body from the biting cold. And the road becomes a little bit free. It is almost the same in the aquatic world. During cold seasons, some fishes migrate, while those who can adapt stay. Because of how water temperature affects live in the water, anglers often consider the tendency of fishes to bite before hitting the water. So, this simply means that if you intend to fish during fall, you need to find out if pikes bite in cold water.

Pikes bite in cold water because of their aggressive nature. If you intend on fishing for pike during fall, you must adopt lures that can be withdrawn slowly without compromising their action. Pikes in cold water will attack lures that run deeply and slowly, one that mimics the movement of actual prey.

When the cold seasons hit, some fishes become less active. They cower in their warm hiding places and wait the season out. The pike, being a vicious predator, will bite regardless of the season. As an angler, you can enhance their tendency to go after your lure by adopting the right type of lure.

Learn more about the pikes appearance in this article.

How Do you Fish For Northern Pike in the Fall?

There are lots of pike anglers out there. However, I can confidently tell you that only a few of these anglers catch lots of pikes on regular basis. And I can also confidently inform you that only a few of those anglers know the right fishing technique to adopt during each season. You see, the successful pike anglers are those who can read pikes like a book. These anglers know how these fish species behave during each season and each time of the day. This ability that I bet you are craving for right now was birthed out of research and sheer determination. So, before I digress too much, here is a summary of how to fish for pike in the fall.

During fall, pikes usually reside in rock and vegetation edges and knowing how to fish these edges requires a tactic. First, you need to evaluate the terrain well to pinpoint their feeding areas and travel lanes. Afterwards, set up your gear and fish in the areas. Make sure you focus on the best edge zone rather than gallivanting.

If you have your sight on big pikes, the strategy to adopt is similar to that used in catching muskies. Since days are short, and feeding windows are united, you’ll need to concentrate on the best areas rather than wasting your time on large areas. Leverage electronics to find pikes and baitfish, then try different lure selections and positioning across the edge until you encounter a pike.