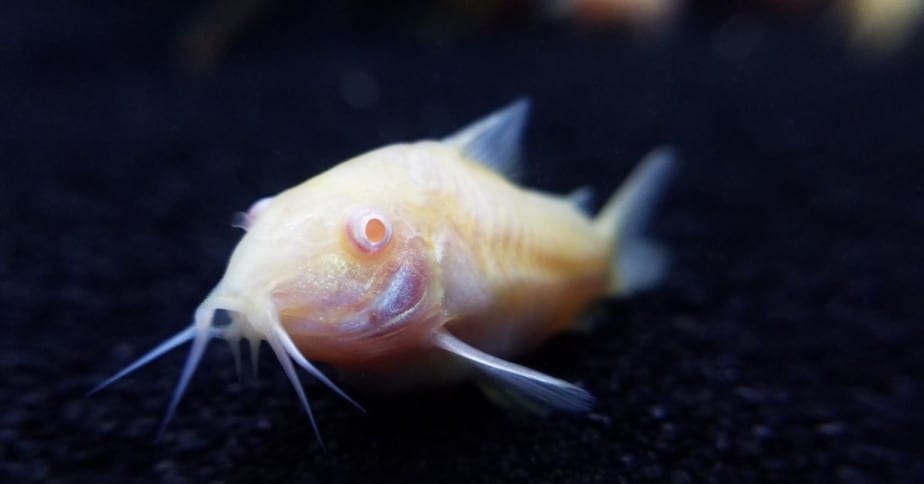 Did you know that the catfish can change its color? I bet you don’t, and it’s alright because this is one hidden secret about these species. You see, this fish’s ability to change color is a clear testament of how unique it is and another huge reason why you need to get out there and catch some. Now that we are aware of this hidden trait of a cat let’s take a look at why it often decides to change its color.

A catfish changes its color to deceive predators and when stressed. They will take the color of whatever container you put them in. A catfish’s ability to change its color is one of its strong adaptive features coupled with its ability to survive drought.

Individuals who house cats in aquariums often get scared when their catfish changes its color several times in a day. Some associate this weird occurrence with sickness, while others have no clue. Where do you fall in? If you want to know more about this unique trait that the catfish possess, I suggest you stay glued to your device and enjoy what’s next.

Why do Catfish Change Color?

Like most other fishes in the aquatic world, a catfish can change their body color’s intensity to adjust to the surrounding environment. Just like a chameleon, a catfish can change its color based on its surrounding. The color of a catfish will vary when the substrate is of a different color. When the light is different, you will observe that their coloration will change to something more intense and dim.

You must have been aware of how a catfish alters its color, but what is more important is why they change color. A catfish will change its color for three reasons. Firstly, to hide from the eerie eyes of its prey. It is one of the deceptive skills the catfish possess, and I think it has a good success rate.

A catfish will also change its color when stressed, just as most of us experience mood swings when emotional stress bites hard. So when you stress your catfish for a long time, you’ll note a change in its color. And if you fail to intervene, you might lose the catfish. Such stress emanates from anoxic conditions (zero oxygen) or fish that escaped from the container, or anything that can cause stress.

Lastly, a catfish will change its color by nutrition. A change in the color of a catfish could indicate a bad substance in the field or excess pigment material, which would not affect the fish.

Lesrn more about the reasons catfish live in holes.

When do Catfish Change Color?

If you are fishing for a catfish or planning on buying one or more, you should get ready for a few surprises. As a catfish owner, one of the surprises you should anticipate is waking up the next morning to meet a cattish of a different color. It’s not magic; it’s pure nature. With that being said, don’t you think it’ll be nice if you knew when a catfish would alter its color?

The earlier you know that a catfish wouldn’t change its color for no reason, the better it is for you as a catfish owner. On the other hand, as an angler, knowing why cats change their color can help when you hit the water searching for them.

Learn more about the reasons why catfish love to borrow in mud.

What Color is Catfish?

Not everyone has seen a catfish. Those who are opportune to see a catfish can correctly indicate the color of a catfish. Is catfish white? Is it brown? Oh, is it metachromatic? Not everyone knows the answer; even some so-called anglers will give you a misleading answer. Well, it’s not their fault; they are probably novice. So, back to the main question, what is the actual color of a catfish?

The color of a catfish ranges from olive to light blue with black speckles on its sides. Male catfish are often darker in color and have bigger heads than females. A catfish can also be olive-brown to slate in color with shades of blue and grey sometimes on the sides. The bellies of a catfish have a different color; it is white or silver-white.

Your ability to detect a catfish by its color would be helpful when you hit the water. Sometimes, you may not have the opportunity to sight the distinctive features of a catfish to determine what you are after, so you will have to verify the fish using its color in such a situation. It is also important you remember that a catfish can alter its color. So, be sure that what you spotted is a catfish before taking the necessary steps.

Learn more about the reassons why catfish tend to bite at night.

What Color are Catfish Eggs?

The color of a catfish’s egg changes according to the stages of development. Live catfish eggs are transparent, and they progress from a pale yellow to an orange-red color as they mature. Dead eggs are often opaque and colorless.

Being able to identify a catfish egg is a great plus for any catfish enthusiast. It could help you determine the presence of catfish in the area. As a budding catfish angler, you must know those significant facts and information about a catfish.