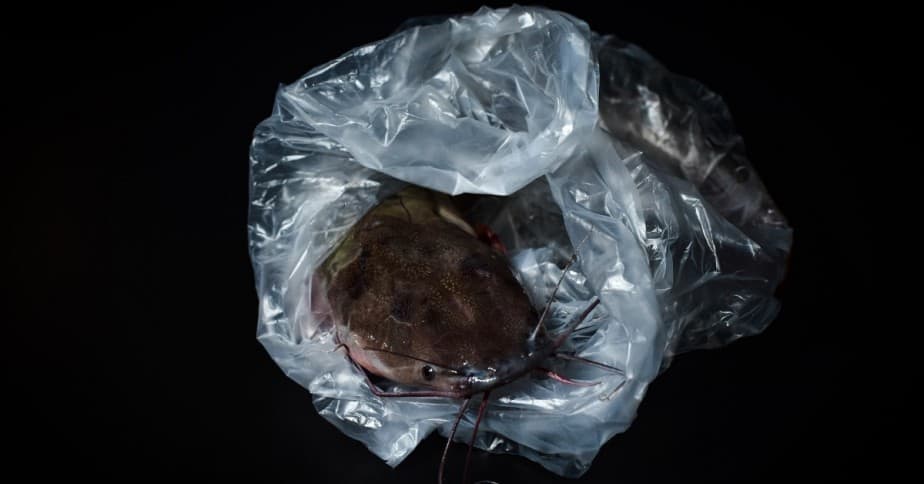 Did you know that slime coats are present in every single species of fish known to us? The majority of fish have their protective layers like scales and skin under them, but what about the fishes which don’t have scales? Today I’m gonna be talking about catfish species in general, which don’t have scales, but have slime instead. Why is it so and what are the main reasons for that?

Slime helps catfish to regulate many necessary body functions and also acts as a band-aid, covering wounds and scrapes. Catfish secrete a glyco-protein slime from the cells in their skin to make it harder for parasites to attach, which is very important for their survival. Some studies indicate that slime may aid in reducing the turbulence along the body, making the fish faster in the water.

Catfish slime coat serves as a protective layer against almost everything: bacteria, predators, physical objects and much more. It is composed of a glycoprotein (protein that have carbohydrate groups attached to the polypeptide chain). This coat also keeps essential fluids and electrolytes and helps catfish glide through the water by reducing surface resistance.

Learn more about catfish fishing techniques while fishing in a river, pond, lake or at night.

Why do Catfish Have Slime?

Slime affords catfish protection against surface invaders like fungi, bacteria and ectoparasites. It contains medicinal qualities that are soothing to open wounds. Another vitally important function of slime is that it aids catfish balance of essential electrolytes by forming a two-way selective surface that maintains a livable osmoregulatory filter. It is so effective that medical researchers are working feverishly to isolate the slime’s active ingredients in an attempt to find applications for human infections.

The slime coat covers the entire surface of the catfish and is much like the outer layer of human skin. If it is damaged, it is similar to a burn or scrape in a human. It also protects catfish from many fish diseases which are caused by bacterias that are present in the water. Normally these organisms can’t get through the slime into the fish, but when the slime coat is broken or stripped off, the bacteria can overwhelm the fish.

Learn more about catfish reels with bait clicker – only for BIG cats!

What is Catfish Slime Made of?

The surface of living catfish is covered by mucus, or slime. Some cats have a thin coating of the substance. Others produce so much slime that it’s difficult for a predator or a human to grasp them. Mucus is a very important substance for fish. Fish slime contains other substances besides mucin and water, including enzymes, antibodies, and salts.

The mucus of a catfishfish provides physical protection by trapping pathogens (microorganisms that cause disease). When the old slime layer containing the pathogens is shed and replaced by a new layer, the pathogens are lost. Antibodies, antimicrobial peptides, and enzymes in the mucus actively attack pathogens.

Some fish slimes contain toxins that either immobilize their prey or give them protection from predators. There are species that are said to have such strong toxins in their slime that a shark bite is stalled in mid-chomp. But what about the catfish slime?

Learn more about the reasons catfish swim upside down.

Catfish slime is not poisonous in any way and you should not be concerned about it. This gel-like substance secreted by the fish, has remarkable properties that help heal wounds.

American catfish, including freshwater species, and many other fish also secrete a similarly beneficial slime, but they tend to secrete it beneath their outer skin. The Arabian saltwater catfish, which grows up to three feet long, is different in that it secretes the slime on its outer surface, making it more accessible and easier to isolate.

Detailed analysis of the catfish slime, which was done by the scientists, has turned up about 60 different proteins that are fundamental agents of wound healing in humans and other animals. One activates prostaglandins, substances that help initiate inflammation and pain responses to wounds. Others block bacterial growth.

The slime also contains a high concentration of the molecules that coagulate blood, forming clots that stop bleeding, and enzymes that accelerate cell division and the formation of new tissue. Catfish developed the ability to heal rapidly, probably because a wounded fish bleeding in the ocean, stream or lake is likely to attract predators. The slime would also keep sores from contact with dirty water.

Catfish slime may eventually be used to accelerate wound-healing in patients who do not heal well, such as diabetics and older people, and for burn victims.

Drug companies have made inquiries about the catfish slime, but as part of their overall approach to developing better wound-healing products. The complexity of duplicating the proteins in the proper balance might preclude synthesizing it.