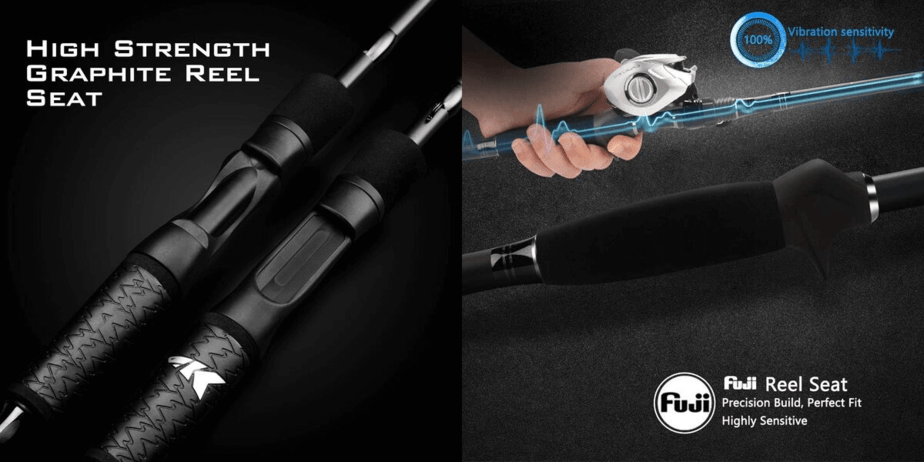 Glaringly, reels have developed rapidly, but most of these gears still adopt similar simple designs, and they can be divided into two general categories; baitcasting and spinning. Why some state that baitcaster is better than spinning and is that the case as both gears have their drawbacks and advantages?

Advantages of a Baitcasters:

Why is Baitcaster Better Than Spinning?

Judging from early observations, most anglers prefer to use spinning gears; even when it remains glaring that a baitcaster is much more effective than this fishing reel.

Learn more on how to use a baitcasting reel the right way.

Some anglers start with a spinning tackle but eventually end up getting accustomed to a baitcaster. In the fishing world of today, you tend to find out that experienced anglers often utilize baitcasters because their usage comes with a high level of experience and knowledge regarding this fishing tool.

This gear is usually known for its user-friendliness. They are the perfect reel for beginners. All you have to do is flip the bail, place a finger on the line and cast, cover the bail, then flip the handle to reel it back in. That’s all! Yeah, it’s that easy compared to its counterpart. You have to ensure that you don’t hold the reel in an inverted way, it won’t work that way.

Spinners often come in handy when utilizing baits that are light such as plastics and live baits, because the farthest cast is limited by how hard you want to cast the bait. The lines eject effortlessly off with no drag limitation, allowing low-weight lures to be propelled far. These gears are also good because they aren’t prone to backlashing.

When to Use a Spinning Reel?

An important aspect when it boils down to selecting the ideal reel is making sure that you have the appropriate tool for the job. When making use of a line below 10 pounds, the spinning tool is the ideal option in this regard. It is advisable to make use of spinning reels when fishing with low-weight lures or lines, and for the perfect season.

Baitcasters, on the other hand, allows for casting lures such as spinner, jigs, crankbaits, spinnerbaits, with precise accuracy; but there exists a dialed-in drag resistance that requires an extreme skill set to be able to thumb the spool as the line ejects. If peradventure, you can’t locate that ideal spot of thumb pressure, you’ll undoubtedly experience a backlash.

Generally, you can propel a lure farther with the aid of a baitcaster, because the line comes directly from the spool and not in a circular manner like the spinning reel. The problem with this reel is that it takes some time to master. But once you have mastered this reel, you’ll be quite proficient at casting with it. Baitcasters comes in several varieties designed for a specific purpose. The bass fishing baitcaster, for example, is a baitcaster specifically designed for bass fishing. A spinning reel wouldn’t be so effective in this regard. There are also lots of affordable baitcasters out there for anglers who have a strict budget.

When to Use Baitcasting Reel?

Just like any other reel out there, these reels can be utilized for some specific purpose. For example, when making use of weighty lures and lines, this reel offers greater control and accuracy than other reels. In conditions where power is your utmost priority, as an ability to reduce the bait, this is attainable with a baitcaster. Most anglers adopt baitcaster because they relish the challenge of learning how to cast the line appropriately.

There exist a lucid difference between a baitcaster and a spinning reel; these fishing gears have their uses, where they best come in handy, their benefits, as well as their cons. Newbie anglers will claim that spinning reels are the best simply because they are user-friendly, and unlike its counterpart, the baitcaster, they aren’t susceptible to backlash. But professional anglers will, for the best reasons, acclaim that the baitcaster remains the best reel. I agree with the notion that baitcasters are for several reasons better than a spinning reel, and below are some reasons to validate my claim.

The baitcaster, though prone to an anglers nightmare, backlash, remains a better reel than the spinning reel. Amateur anglers are glad to utilize the spinning reel only because it suits them well, but this reel is limited. A baitcaster is ideal for anglers who want to reel in bigger fish. This type of reel boasts of more backbone compared to the spinning reel. The backbone of a baitcasting rod is regarded as the region of the blank closer to the handle that provides the least when twisted. Baitcasters are also better than spinning reels because they can allow for longer casts than spinning reels in similar size range. A little spinning reel comes with a smaller, narrower spool that has a difficult time with big diameter lines, while small baitcasters that come with these lines can offer extreme casting distance.

A baitcaster is in several ways better than a spinning reel, which is why you see that most professional anglers make use of this reel rather than the much easy-to-use counterpart.  Though a bit challenging to use, this fishing gear boasts of features capable of adding gloss to your fishing endeavor.