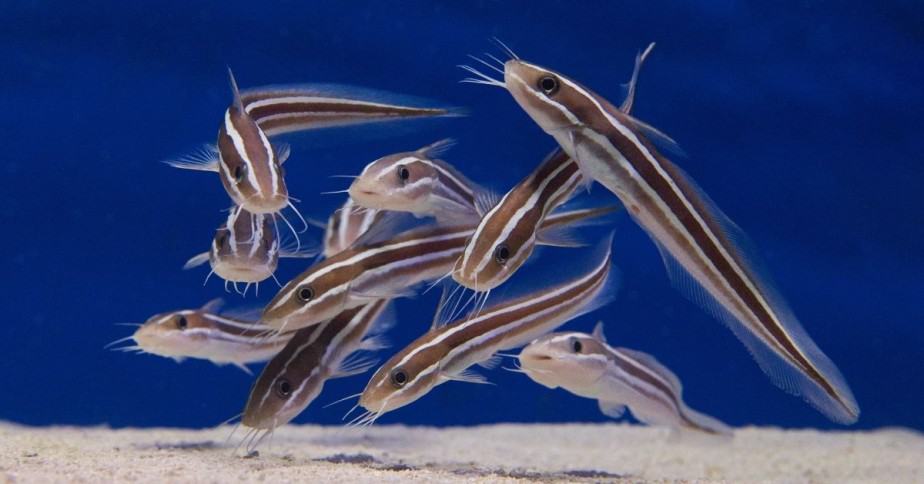 As sad as the heading seem, it’s true. A catfish has no regard for its kind. It would eat another catfish without even thinking twice. Of course, that seems so barbaric, but hey, it’s wildlife. In the aquatic world, fishes want to survive and will do anything to ensure that they do. Before you begin to judge the catfish, do you know why they tend to eat each other? If you don’t, have you done your research? Well, if you haven’t, you don’t need to because I have the answers you need on a platter.

Cannibalism is a widespread occurrence in catfish fingerlings (a 3-4 weeks old fry, 1-2 inches in length) and juveniles (an 8-week old fish) production. Catfish eat each other when they are left for an extended time in a pond without periodic sorting. Larger catfish will prey on smaller catfish when kept in the same area.

The situation of catfish eating each other may seem less important to you, but looking at it differently, if this creepy syndrome persists, it may result in a huge problem. You see, cannibalism among catfish is one major reason why most catfish farmers fail and quit. This bizarre trait of a catfish can also be experienced in the wild. In this article, I’ll be making you understand what really makes a catfish kill and eat another catfish.

Read more about the reasons catfish might change their color.

Why do Catfish Eat Each Other?

Just like some animals and insects out there, catfish are highly regarded as cannibals. In fact, they practice a high level of cannibalism. As strange and surprising as this is, it is true. No one would expect an innocent fish like the catfish to display such a level of cruelty. However, in the wild, the mantra is to kill or be killed. These animals don’t care about who they kill provided it satisfies them. Do you think animals in the wild have empathy? Well, a few do; however, the catfish is an exception.

Now that we are aware that a catfish actually commits this nefarious act, it’s best to consider something else like why they tend to eat their fellow brother and sister.

A catfish, as you probably know, has an extraordinary eating habit. They are also not picky eaters and will eat anything ranging from the bottom algae, other fish, and even rodents that accidentally find themselves in the water.

Learn more about the reasons catfish prefer living in holes.

When do Catfish Eat Other Cats?

It is safe to say that catfish are among the most brutal fishes on the planet because they are fond of eating each other. A cat has a weird eating habit, which makes it interested in stuff like soap, bread, and the likes. They are known to love other small fishes, which is proof that they are indeed not picky eaters. As we know that a catfish can eat another catfish, we need to know when this is likely to happen.

Cats are known to be very invasive. They are also good at showing a degree of aggression towards other fishes and their kind. A catfish doesn’t display this aggression to scare away fishes but to eat them, and this is one good reason why small fishes ought to be afraid of cats, regardless of race. As an angler who wishes to raise catfish, you will have to ensure that you separate smaller catfish from the larger one to prevent a widespread massacre.

Learn more about the reasons catfish burrow themselves in mud.

Why do Catfish Fight Each Other?

Like other fishes out there, catfish fight each other for three major reasons: food, territory, and mate. A catfish will also fight another catfish for a group position, which is why you sometimes find catfish chasing each other. Cats are known to be aggressive and would not hesitate to lash out when provoked.

If a catfish can eat another catfish, then it should definitely be able to fight with its kind. Animal fighting with each other is a common occurrence. Sometimes, the fight isn’t always serious, while other times, they are, and some lead to one of the participants’ death. In the case of a catfish, the purpose of a brawl is not to pat each other on the head but to set boundaries and take what they believe is rightfully theirs. It is possible to witness a catfish fight when you place several male catfish in a pond filled with just one female.

Learn more about the reasons catfish have whiskers.

Knowing why cats eat each other can be beneficial to anglers who intends to dive into the catfish farm business. Catfish of the same size in a pond will certainly not eat each other. It’s not possible. However, placing a 15 weeks old catfish among a catfish of juts 8 weeks could be catastrophic for the little catfish and your catfish farm in general. As an angler who catches cats for eating purposes, this information can also be beneficial to you.