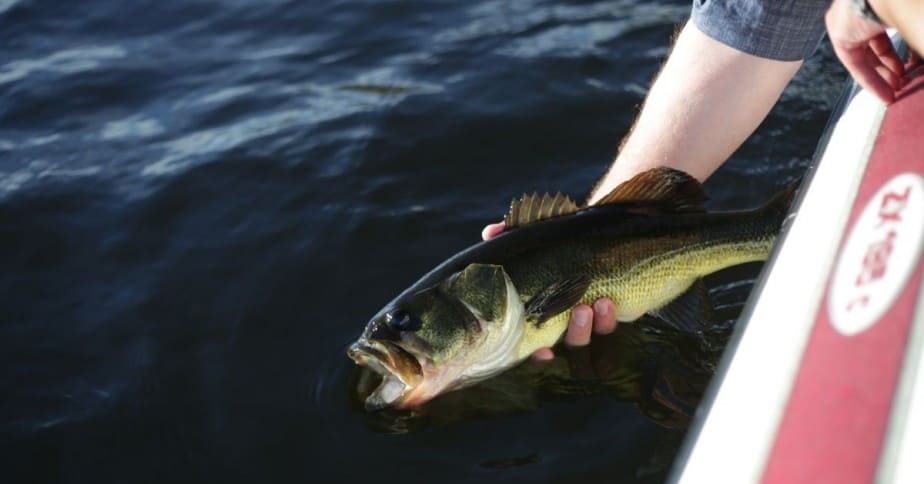 Bass is a very popular game fish, alongside Catfish, Tarpon, Marlin, Tuna, and a host of others. Each day all over the world, several anglers set out to capture this fish. In fact, it is safe to say that this species of fish is one of the most caught in the world. You see, this fish boast of several features and characteristics. Aside from the fact that they can be aggressive, they also can alter their color. Mind you, most anglers out there are aware of this characteristic in a catfish, but only a few know the reasons why they alter their color.

Just like a few fishes out there, bass will change its color to hide from the prying eyes of predators. Bass will also alter its color to its environment to conceal its presence when hunting for prey.

This fantastic game fish is adorable. They boast of features that can make the hairs on your skin stand, catching them is quite exciting, and they also taste great. As we progress in this article, I’ll be unveiling some amazing facts about this species of fish. In other words, I’ll be revealing to you facts and answers that will make you understand this fish further. Being aware of these facts will give you an edge over your fellow anglers. You will be able to know the big “Why” and the “What.”

Why do Bass Change Colors?

We are all aware that a chameleon has the unique ability to change its color. In fact, if you are asked anywhere and anytime to mention an animal that can alter its color, the name “Chameleon” will come out of your mouth even without thinking. However, are you aware that some fishes can change their color too? Oh, you seem surprised. The truth is that some of these fish aren’t as good as changing their color like the catfish, but they definitely can do it. And one of these fishes is the common bass. But I’m not going to be discussing the fact that this species of fish can change its color; rather, I aim to comprehensively explain to you why it does it.

According to a program organized by the United States Department of Energy, it was discovered that this fish boast of receptors located in its eyes. These receptors recognize any array of light and cue alterations in the pigment cells of its skin. The fish’s eyes collect reflected light from its environment, which results in the activation of a hormone released in the skin. The purpose of the hormonal release is to either move the pigment closer or farther away from the skin surface.

Because of pigment movement, the bass fish can alter their color when hunting for prey or chased by a predator. If they find themselves in transparent water surrounded by an array of weeds or cover, they alter their color to something darker. In addition, when found in deeper or shallow muddy water, the pigment on their skin will appear faded or bleached.

Learn more about the best bass rods for the money recommended by PRO anglers.

What Color is a Largemouth Bass?

When it comes to the color of fishes, most anglers often get it wrong. This can happen as a result of several reasons. However, on top of these reasons is ignorance, while others may be down to color blindness, misinterpretation, and a host of others. For instance, if you inquire from an angler about the color of largemouth bass, he may get it wrong. Well, it happens. Some of these anglers aren’t familiar with colors, while others may find it hard to describe what they see. So, to cut the chase, I’ll be revaluating to you the actual color of this species of fish.

When you see this species of fish, clearly, and in its best appearance, you will surely marvel at its beauty – no wonder this fish is quite common and one of the most-caught fishes in the world. Next time you are asked about the color of this particular fish species, I trust you know the right answer to give.

Learn more about the reasons why do bass like worms.

Why is Some Largemouth Bass Darker than Others?

When it comes to some fishes, some mysteries are yet to be unrivaled. Put differently; some questions are yet to be answered. You see, some of the anglers you call mentors can’t answer some of these questions. And one of the questions is regarding why some largemouth bass are darker than others. Well, to make things easy for you, I’ll be providing you with the answer on a platter.

Largemouth bass will take on a darker color when they are in clear water with lots of weeds. They do this to conceal themselves from predators. In addition, they will appear darker when attempting to ambush prey.

Proper knowledge of this species of fish will give you an edge over other anglers. It will help you understand why these fish do certain things and how to react to their behavior. For instance, if you notice that the fish appears darker than others, you’ll know the reason why while others may be left confused.

Have you ever seen the black bass? If you have, you are lucky. However, if you haven’t, there is still hope. Without seeing this particular fish in reality, you can envision how it looks like with a little detailed description. You see, there are several varieties of this species of fish out there, and there are chances that you haven’t seen all. So, let’s focus on this particular black model of this species of fish.

Black bass is long; they have bigger mouths, ctenoid scales, and they are carnivorous. This particular species is common among anglers because it is a sought-after game fish. And worthy of note that: the fact that this fish has a “Black” attached to its name doesn’t mean that they are all coal-black.

The black bass is unique thanks to its color. It also tastes great when cooked. Mind you; it may be different for you if you don’t prepare it as it ought to. The significant difference between this fish and other species in this family is its distinguished black color. Not all are black.

Why do Bass Turn Black?

Camouflage is quite common, especially with terrestrial animals, with the chameleon being a clear example. However, this unique ability is also common with aquatic animals, with the bass being an uncommon example. Not everyone is aware of the unique ability these fish possess. In fact, this will come as a surprise to many as some people probably believe that only a chameleon boast of this ability. You see, this game fish, which is common with anglers, can turn black, and I’m certain that you have no clue why.

Bass will turn black when they are in clear water consisting of weeds or any form of cover. They change their color to hide from predators’ prying eyes, and they also do so when ambushing prey.

There are a few factors responsible for activating the camouflage ability of this fish. These factors are stress, sunlight, time of the year, water turbidity, and depth. Though this fish can alter its color, it cannot do it as perfectly as the chameleon.

Sometimes, you tend to observe the appearance of some black spots on the body of this fish. You may think this is the fish altering its color but it is actually a kind of disorder. So ensure you aren’t misguided.