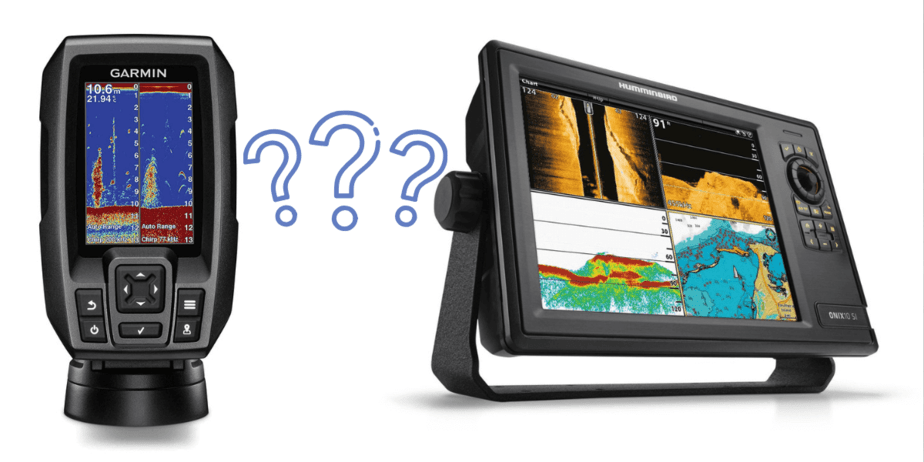 Is a Fish Finder a Depth Finder?

A fish finder is a fishing gear and also a device used by anglers to detect fish in the water. Fish finders operate on the technology of the sound navigation and ranging (SONAR). This device is regarded as a very crucial implement in the fishing of today and one of the best device for individuals looking forward to adopting fishing as a spare time activity.

A fishfinder showcases the exact location of a fish in a digital screen that can either come in CRT or LCD format. The technology of this device was first utilized in the 90s and has since undergone constant renovation. Recently, the fishfinder technology has been improved to accommodate features like the GPS system, radar and electronic compasses, etc., all aimed at making the device more effective reliable than it used to be.

Working And Display Of A Fishfinders:

There exist a transmitter situated on the boat or kayak, which transmits signals in the form of waves. The SONAR system utilizes the part of echos to transmit back the waves to the transmitter. The waves that are reflected are taken down and a signal is transmitted to the screen.

To ensure that the signals gotten are actually genuine signals, the waves coming after being reflected from fishes are shown in a diverse manner as compared to those emanating from corals, stones, and a range of other hinderances. Therefore, echos have diverse sizes and forms when there are fishes present in the water unlike when there are no fishes present in the water. Things different from fishes are shown with diverse symbols.

The display screen also indicates the presence of fish in the water with the aid of a symbol which takes the shape of a fish. Sometimes, these displays changes to arches when the boat is passing across that region of the water where you have an enormous gathering of fishes. But fishes displayed are different so that whoever is observing the digital screen will not be confused regarding the presence of fishes or other water organisms such as stray weeds and water plants.

What Is A Depth Finder?

A depth finder, also referred to as an echo sounder are devices used to determine water depth by measuring the time required for a sound (Sonic pulse) produced a little below the water surface to return, or echo from the depths of the water. This depth finder is quite useful to angler, including naval and ship merchants.

Sonic pulses are also transmitted in order to prob objects using similar principle. In addition to safeguarding ships from shoal water, a good depth finder can also be utilized in fishing, measuring the thickness of ice in Arctic areas, and the charting of oceans. Fish depth finders can be operated several times, taking record of thousands of sounds per hour. Hydrographer also use fish finders in charting the ocean including survey work to search for underwater shoals and pinnacles.

One of the prime practical depth finder, the Hayes Sonic depth finder, designed by the United States navy in the year 1919, constituted of a device made to create and transmit sound waves to the floor of the ocean and receive the reflected waves and a timer tuned at the exact speed of sound in water that signifies the depth of water.

The modern depth finder comes with a transmitter which supplies a strong pulse of electrical energy, including a transducer which transforms the pulse into an acoustical pressure wave present in the water and receives its echo, converting it again into electrical energy, which can then be amplified and used in an indicator. Commonly used frequencies are those of less than 15 KH.

When fishing, anglers adopt the use of this device in order to determine the depth of water. As an important fishing gear, a depth finder is key to optimum yield when fishing.

Comparing A Depth Finder And A Fish Finder:

A depth finder is precisely that device that display the depth information of a particular region. This is a basic display of the depth of water beneath the boat or a kayak in a digital read-out. The depth finder is mostly used for shallow water depth determination, when graphic display is irrelevant.

From the above-mentioned differences and in-depth summary of all that these two devices entail, it is clear that a fishfinder is not a depth finder reason being that a depth is used for depth determination whereas a fishfinder is used to determine the location of fishes while fishing.