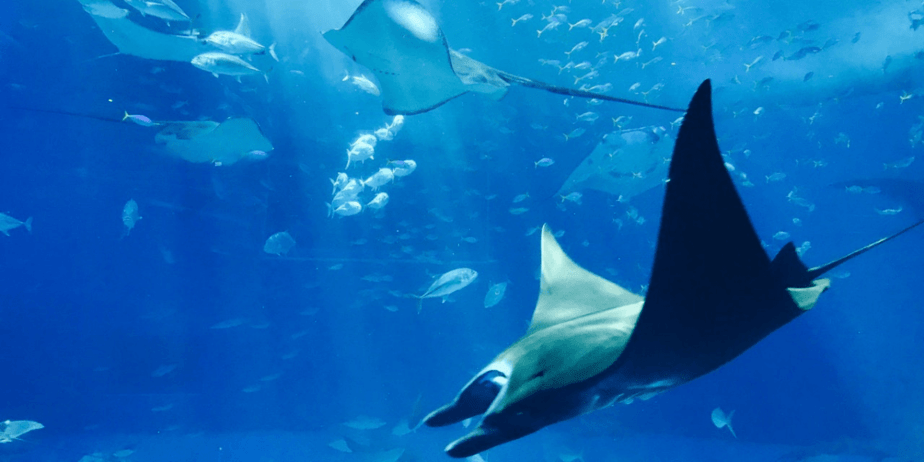 Before being briefed on the topic “How do fish finder finds fish”, it’s best we have a little knowledge on what a fish finder entails and the types of fish finders that are available in today’s market.

Fish finders locate fish presence by detecting the air present in their swim bladders. The air stored in the swim bladders alters the sound path and reflects back energy.  The reflected energy is detected by the fish finder and converted to fish image on the screen.

A fish finder is known as a device designed to indicate the presence of fishes below water. This device also helps to measure the depth of water. A fish finder displays all underwater inhabitants such as rocks, wreckages, and school of fish that aren’t visible to our eyes. Each year, several designs of fish finders embrace the market. Manufacturers are constantly improving the designs of these devices in order to survive the ever-competitive market.

How do Fish Finders Locate Fish?

This device operates at high sound frequencies, approximately around 20-200 KHz (20-20,000 cycles per second). This helps to clearly define targets and can also display two fishes at two different arches or echoes. Lower frequencies such as i.e. 50HZ can infiltrate deeper water but may lack the capability to define individual targets. Increasing the energy of the pulse sent out by the transducer raises the possibility of obtaining a signal to return in deeper water.

Images are formed as arches on the visual display due to the mobility of the fish or boat. When sound is sent from the transducer, it concentrates into a beam. As the sound moves into the deeper water, the beam stretches out and covers a larger area. If the transmitted sound was carefully plotted, it would appear like a traffic cone with a protruding top and a large base.

Fishes that swim inside this cone may reflect few of the sound back to the transducer. The echo, or reflected sound can take diverse shapes or patterns, depending the quantity of school present within the cone of the transducer. Individual fish, particularly those present in deeper water, may be displayed as arches on the display screen.

Irrespective of the type of fish finder, when it boils down to fish finder, every device is made to do similar task, detect fish. As an angler who has a strict budget, you can go for the cheap fish finders, they are quite effective as the expensive ones you’ll find in the market. There also exist the depth finders for kayak fishing. This device, which is specifically designed for kayak fishing, helps in determining the depth of a water body.

Fish finders are capable of measuring the depth of any water body, they can also obtain the graphical perspective of all the underneath constituents and the bottom structure of the water from several viewpoints.

A fish finder comes with two parts, a transducer and a display. These two elements are correlated with receiver and transmitter.

This element of a fish finder is affixed either on the transom outside of the boat, through the hull/in the hull, or mounted on the trolling motor placed in the water.

The work performed by a transducer is similar to a sonar technology which indicates objects with the aid of electric signals and afterwards, displays size and distance data which appears in the form of art-like graphics.

How A Transducer Works Underwater?

The transducer creates an electrical wave which is passed through the water with the aid of a transmitter. When this wave hits an obstacle, which could be an object, it reflects back to the display unit. Also, when the sound wave comes in contact with any object it takes a lucid account of the shape, altitude, and size of the object, afterwards a graphical representation is sent back to the display.

The accuracy of this device hinges on its frequency and power. The distance of the object from the transducer can be ascertained by observing the time interval between transmitted waves and received signals present on the display.

This is the most crucial aspect of a fish finder device. It displays all information such as water depth, temperature, graphics, bottom shapes, and types, fish location, and so on. The users have complete control of how they want to work the device by utilizing the menu system.

Having had a clear insight of what a fish finder entails, it’s time to answer the question of how this device discovers fish.